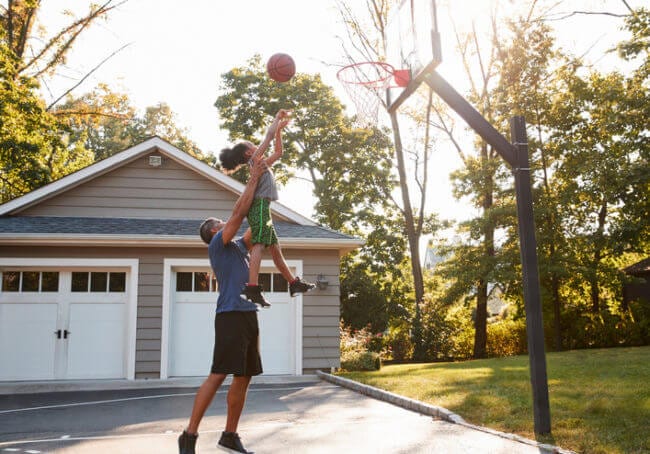 Former Spurs player Tim Duncan and top-performing sales reps actually have a lot in common. Stick with us on this one.

Tim Duncan, a prized draft pick in 1997, played basketball for the San Antonio Spurs for almost 20 years. In his first year, he averaged over 20 points and about 12 rebounds a game. In 2014, at age 39, he averaged about 13 points and 9 rebounds a game – numbers not as big as his previous years but still solid. His numbers don’t tell the whole story, though.

Duncan is known as the ultimate team player – someone who makes his teammates better through his play on the court, his demeanor off the court, and his unwavering belief in the concept of “team.” He contributes to the team by trusting his coaches and their plays, seeking out his teammates with a great pass when he can find them (rather than always seeking the shot for himself), and cheering for them when he’s on the bench.

How often do we see this same selflessness in sales? How can the best sales reps help make their own team better while at the same time generating sales for themselves? In great organizations, the best sales team members produce and inspire sales reps to do better. But how? The following are three ways your highest producing reps can become your best reps by improving the team.

The best A-players do something B- and C-players don’t. Maybe it’s a confidence they have in the solution they are selling. Maybe it’s who they target. Or maybe it’s a PowerPoint presentation that helps them tell a great story.

Whatever their winning strategy, your A-players can help the rest of the team out by sharing what’s working well for them.

Provide a way for your A-players to document their process and technique, either through a written document or, better yet, a quick video. It doesn’t have to be more than a minute or two, and they can shoot it with their phone. But get them to share how they won the deal so that your other reps can learn. I’ve found one of the best times to do this is right after the sale, when the rep still feels that adrenaline rush. Other reps will feel that same rush and get motivated.

2. Make the secrets to success accessible.

Whether your A-players share their success stories through videos, written documents, or slides, post the stories for all to see. This will require some kind of social network, as it’s important the material gets published somewhere that allows employees across the department and company to view it and to start a dialogue about the content.

Enterprise social networks are perfect because they typically allow you to publish to an entire company or group, the content is perpetual, and other reps can ask questions about the deal, creating an invaluable dialog.

3. Congratulate other reps when they bring in deals.

No sales rep is going to get all the business. Act like Duncan on the bench when a teammate makes a play – shake your colleague’s hand and ask him or her to tell the story of how they got the deal. They’ll appreciate your recognition, and you and your team will likely learn something.

Every play Tim Duncan has made on the court was filmed, and for years players have tried to emulate his game. Imagine if every sales move your best reps made was filmed and you could share it with your new reps. There’s no greater way to drive success in any profession than to emulate the successful. Get started now and inspire sales reps to do their best work.